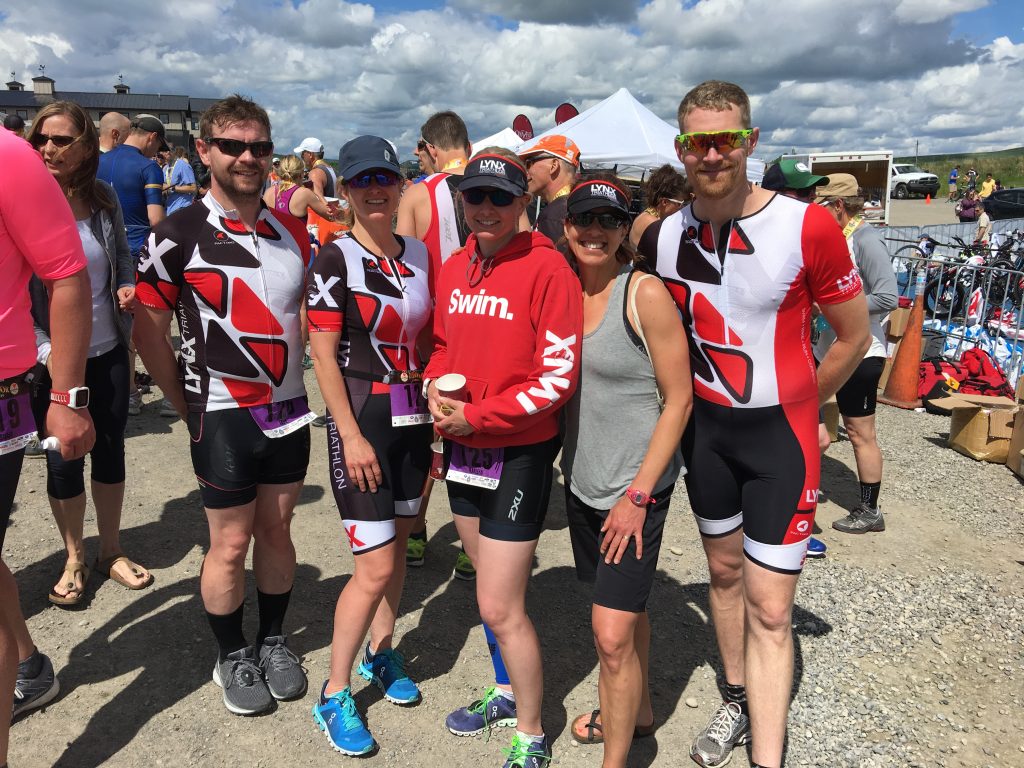 There truly was an event for everyone either as a solo racer or team.  Events included were:

Many LYNX club members and friends of LYNX participated in Saturday’s events and shared their feedback below:

“The bike course was a one-way 37k interesting ride with plenty of climbing and great views. It’s an area I always enjoy riding. Even though there are a spot or two with gravel and the roads are not in their best shape, it is still a great course which never got boring. During the ride though I wondered if I’d ride my road bike next time to better climb and work the roads faster. Also, I should probably have fixed my rear brake from rubbing way sooner than 35k in! 🙂 novel mistake”  ~Morten

“All in all, a great event with a good venue and route. I enjoyed this course much more than the previous Chinook course. Road conditions for the bike leg were not exactly pristine, with some short stretches of gravel. Mary had scouted the course the weekend prior and gave some super advice that became my mantra: “Just Keep Pedaling.” Given the technical nature of the bike cause, it would be helpful to have a few more volunteers out on the course. Let it be a reminder to all of us to give back to the sport by aiming to volunteer at just as many races as we participate in each season!  With a new course and a new race director this year, there are certainly some kinks to iron out, but I am pretty confident they will make the necessary adjustments for next year.” ~Dana 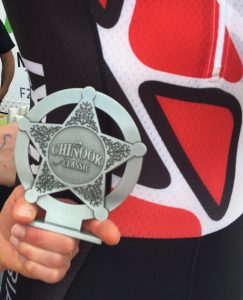 “Though I had back pain, I enjoyed the day. I liked the bike course. The course was not a typical triathlon bike course, there were a lot of ups and downs. Was on my road bike, not TT bike and had fun cycling!”  ~Yoshi

“I thought Saturday was super exciting and just plain fun. I found people to be open and helpful, and having people to talk to right before the swim start kept things light. Some people seemed to not like the mass swim start, so maybe I lucked out. I took a wide angle and got bumped a bit, but didn’t really mind it. One guy kicked me in the shoulder and then stopped to say sorry. So… how can you get angry at that? I count strokes when I swim to stay calm so I counted the number of strokes I could take in between bumps. Kept things interesting. Big focus on the swim was just counting, breathing, and trying to remember that I like to swim in lakes (which Mary reminded me of earlier in the week).

The ride was pretty and reminded me of Manitoba.. except there were hills…I like riding hills, so that felt fun. The run was a basic square around The Granary. Lots of water stops, and also a few more good hills. Felt like the run was over once we hit 8K as from there on, it was all downhill. Race day ended with a cider with some new LYNX friends and some old work colleagues — what better way to start a weekend? Great day and the Chinook Classic will be a good memory of my first Olympic.” ~Colleen 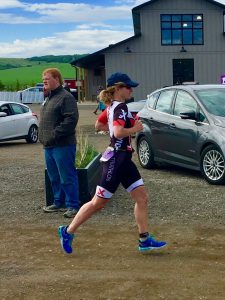 “Swim: Like Chapparal as a swim venue. Bike: Like the course overall especially the hills. There are a lot of turns, it’s good to know the course in case there isn’t someone there to direct you. Run: Really liked the hills.” ~Scott

Congrats on earning your 2020 Worlds qualifier spot Scott! With your speed I bet you beat some bike course marshals to their posts!

“Swim start was very congested, it felt like a mosh pit and I ended up being completely under water at one point in time. Due to the nature of the lake it is a narrow start. Next time I would be sure to seed myself a bit better. At some races we can get away with being a bit back but at a race with narrow spacing it is very important to seed yourself where you belong.
The bike course was very technical, lots of climbing but lots of decsent too. I opted for a road bike and really enjoyed having it. I did have a bit of gearing issues, a note to check all gears on your bike before a race particularly when not ridden all the time. I didn’t use any aid stations, given the weather I had enough water on my bike. Some corners were tight and a bit gravelly but as long as you watched you were fine. I liked the run, it was broken into chunks that made it very easy to break it into pieces. ‘”What goes up must go down” was my mantra. ~Coach Karleen

“We love the idea of the festival. It brings so many different people out to cheer which creates atmosphere which I feel often entices newbies. We also like that there is truly an event for almost everyone! The swag bags were also an added bonus and a cool jersey that we will actually wear again vs a race shirt that gets donated.” ~Elaine & Derek

“I did the 140km granfondo. The ride was great with a light wind and moderate temperatures. I was in the lead peloton for about 80km, but then I needed a bio-break and couldn’t catch up to the group afterwards. Because I lost the group and was riding on my own the last 60km were brutal!  And, about 2km before the end I got a flat tire but still managed to finish on it. I’m happy with my result just wish I didn’t have to use the bathroom.” ~Alex D

It was a great day and great venue and we are all looking forward to next year already!